Little or next to nothing is known about Esther until she was tried at the Old Bailey in 1794 for the theft of several items of silver. She may have been born in Herefordshire, c. 1775, to James and Mary SPENCER, about whom nothing is known. Her antecedents seem to have been Jewish, and she also seems to have been known as Esther SOLOMON or SALOMON.

The births of Jewish girls were not usually recorded so it is difficult to verify Esther’s family name. Although Solomon or Salomon is given as her name occasionally in records throughout her long life, these are usually in Jewish sources, and in all other records the name given is Spencer, even after a legal marriage in 1822 to Joseph Bigge.  The first record of the name Esther Spencer is in the Proceedings of the Sixth Sessions of the Old Bailey (London) in July 1794 when she was tried before the Lord Chief Baron and a jury.

The Proceedings of the Old Bailey are available online and they record the following:

The evidence of Mr Ruffy, his apprentice Robert Hugh and a neighbour Sarah Pearson was unequivocal in identifying Esther as the thief. Esther called three witnesses who are not named in the Proceedings but all attested to her good character. Esther is recorded as saying “It is the first offence I ever did in my life, I hope you will forgive me.”

Her plea was to no avail. Esther was pronounced guilty, and sentenced to death. This harsh sentence was qualified somewhat as the Proceedings also state the following:

“Recommended to mercy by the Jury and prosecutor, because she had a good character from her master, and appeared never before to transgress.”

Esther was taken to Newgate Prison where the Entry Book describes her as “19, 5’4”, dark hair, dark eyes, dark complexion, London, married woman Jewess”. There is no record of Esther marrying prior to this date, and it is not known whether the surname Spencer had been taken through such a marriage, or whether it was her birth name.

Two months after her trial, Esther appears once again in the Proceedings of the Old Bailey. This time she and six other prisoners were treated mercifully and “accepted his Majesty’s mercy, on condition of transportation to the eastern coast of New South Wales, for the term of their natural lives”. In her appeal against the death sentence she said she was pregnant (as you would) but this may have been a fabrication, and there is no record of a birth of a child, or of a child or husband accompanying her to Australia.

The above record of Esther's trial provides some information about her likely abode at the time of the theft. Jacob Ruffy was a Master Tailor, who lived at, and had a workshop at, 7 Wilkes Street, Spitalfield, London. Esther was caught by Robert Hugh at Hare Street, a few streets away en route to Bethnal Green. Hare Street is now called Cheshire Street (London E2 6EH). It links Brick Lane with Bethnal Green and Whitechapel, and today forms part of Brick Lane Market on Sundays.

Wilkes Street (London E1 6QF) is one of a tight network of streets, originally called Woods Street, after Charles Wood, one of the developers of the Wood-Michell Estate. Wood and Simon Michell were granted building leases between 1718 and 1728. The houses in Wilkes Street "are generally three storeys high, some having cellar-basements, and most having roof garrets."  The houses in the area therefore mainly date from the 1720s and form one of the most important and best preserved collections of early Georgian domestic town-houses in Britain.

Spitalfields is home to several markets, including the historic Old Spitalfields Market, Brick Lane Market and Cheshire Street. Petticoat Lane Market lies on the area's south-western boundaries. It was was established by French Protestant (Huguenots) refugees who settled in this area after the Revocation of the Edict of Nantes in 1685, and it thus became a centre for silk weaving.
It was also one of the areas of Jewish settlement.  After the slow but steady decline of the silk weaving trade, Spitalfields declined into multi-occupied slums and became a by-word for urban deprivation. These days it is trendy, gentrified and much favoured by those in creative industries. Some of the more famous residents include Gilbert & George, Tracey Emin, and the Dennis Severs' restored Grade II listed Georgian town house in nearby Folgate Street is a time capsule in the style of former centuries. The Severs house was bequeathed to the Spitalfields Historic Buildings Trust, an architectural preservation charity, and is open to the public. 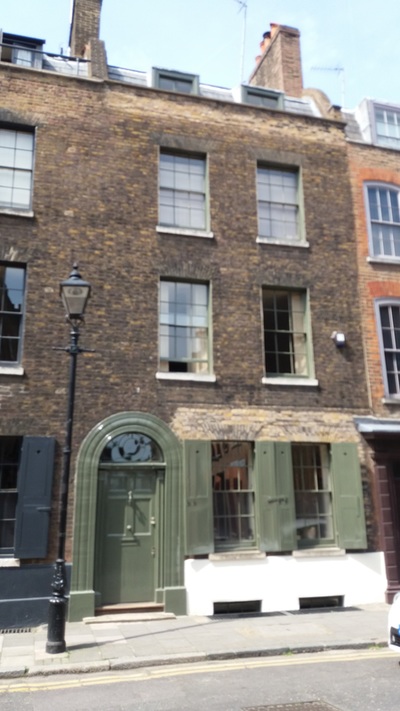 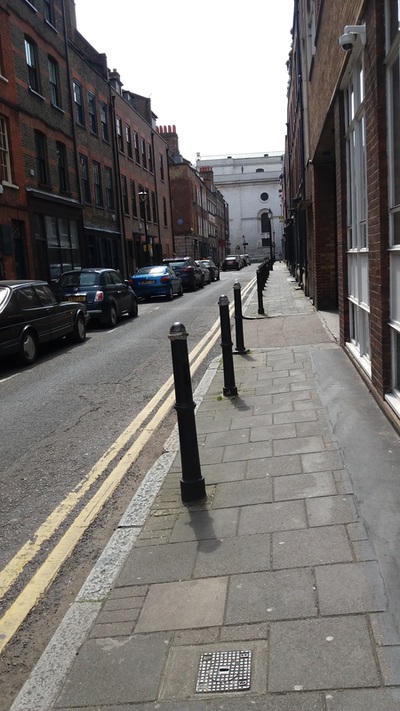 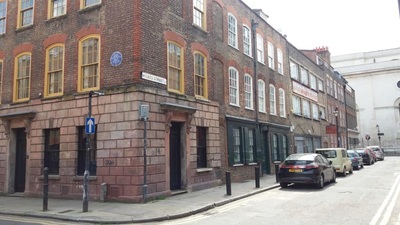 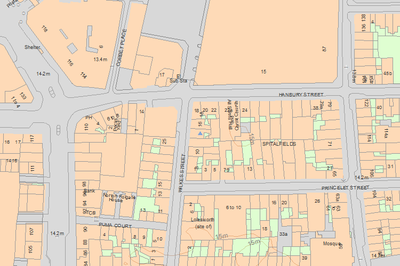