John Frederick DOYLE was born 18 January 1809, in Sydney, NSW. He was the sixth of what became seven children of Andrew and Sophia Doyle, and was the fourth of their five sons. He was grandfather of Cyrus John Richard WILLIAMS. 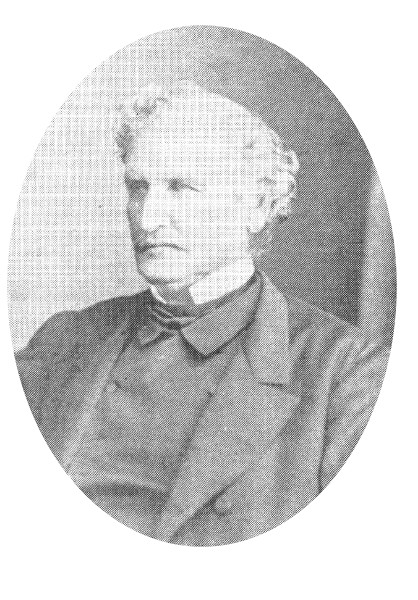 JOHN FREDERICK DOYLE 1809-1882
Little is known of his early life, though his family were living at Ulitedinburra Lodge on the Cambridge Reach of the Hawkesbury River from not long after his birth.  He may have received a basic education at a local school but given the undeveloped conditions around the Hawkesbury at the time it is equally likely that he learnt to read and write at home with his brothers and sisters. His ﻿father﻿ though was an energetic developer of pastoral lands on the Hawkesbury and in the Hunter Valley, and the family became increasingly prosperous, so while life would have been about surviving and making good on the colonial frontline, it would have been in an environment of thrusting activity and hard living.

By 1828, when Frederick was only 19, his father had a new house built on a rise above the river not far from the family home, and named it “Dargle”, which may be a contraction of “Dark Glen”. The name is said to refer to a family location or residence in County Wicklow, Ireland. “Dargle” is still occupied today, by a family who have lived in it for over 100 years.  It is sited sufficiently back from and above the Hawkesbury River, of which it commands a splendid view, to avoid being swept away when the river is in flood.

The keystone above the front door bears the inscription “I(J).F.D. 1831”. The new house was built for Frederick who became responsible, with his younger brother James for managing and farming the land on the Hawkesbury developed by their father Andrew. James lived on his half of the property in Rose Cottage, and inherited their house “Ulitedinburra Lodge” on the death of his parents.

It can be surmised that “Dargle” was built when it became obvious that John Frederick intended to marry, which he did on 27 January 1829. He had just turned twenty, and his bride, Ellen Ann FITZ, was a mere 15 years old! They married at St. Matthews Church, Windsor. Ellen was the second daughter of Robert Fitz,  who at the time of Ellen’s marriage was the registrar of the Court of Requests at Windsor and also Postmaster.

Robert FITZ, had arrived in Sydney with his family in 1806, as a public servant, in the role of deputy commissary. He was granted significant land holdings, especially around Windsor, where he settled and held various official positions. He seemed never to make much money and had to sell his land, not being a competent farmer. “When he died at Windsor on 10 October 1834 he was credited with 'the strictest honour and integrity' by the Sydney Gazette and, though perhaps not always highly efficient, he appears to have been more honest and able than many of the officials sent out to New South Wales.”
﻿(Australian Dictionary of Biography ﻿http://adb.anu.edu.au/biography/fitz-robert-2046)
﻿﻿
John Frederick and Ellen’s marriage had been preceded three years earlier by the marriage between Ellen’s older sister Ann Elizabeth to Thomas STUBBS, the oldest son of Esther SPENCER.  These marriages linked three families who were to feature throughout Cyrus’s life – the STUBBS, FITZ, and DOYLE families.  This marriage also meant Cyrus had double links to both the Stubbs and Doyle families.

Although young, John Frederick & Ellen had not, apparently, married in haste, as their first child, a son also called John Frederick was born one year and nine months after his parents married. Eleven more children were born with great regularity during the next 30 years, all of them at Dargle, and all of them except the last, Bartle, survived to adulthood. There could of course also have been miscarriages in the gaps between living children. 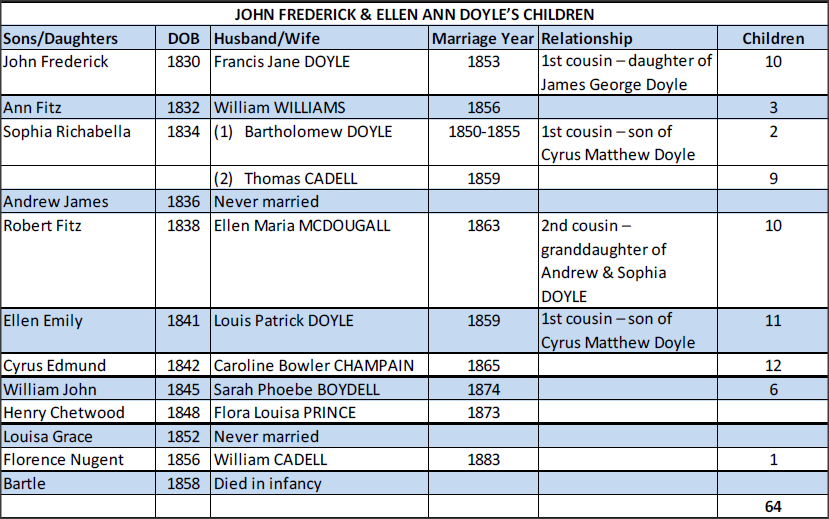 Of the three unmarried children, only one – Bartle – died as an infant. Andrew James (known as James) and Louisa Grace seem to have lived with their parents during some of their adulthood, and Louisa seems to have become the keeper of the family records and knowledge.

John Frederick’s father Andrew had progressively acquired pastoral land across the Hunter River Valley as well as in the Hawkesbury region, and settled his sons on them. The wider family were therefore well acquainted with the Hunter and its environs, and John Frederick and his brother both acquired 150 acres in Curragh Plains in 1838, so their interests spread beyond the Hawkesbury from fairly early on.

In July 1859 John and his family, or at least those of them still at home with their parents, moved north from the Hawkesbury to Lochinvar in the Hunter Valley. According to notes in a family bible sighted in 1961 “Father came to Kaludah on 7th July 1859. Mother and children came by boat to Morpeth, where we were met by Thomas Cadell who drove us out here. Kaludah (then called Lochinvar House) was bought from the Aberdeen(?) Company, which had been managed for many years by Mr John Garland.”

The source of the notes was probably Louisa, who remained single and at home with her parents and after their deaths continued to live at Kaludah with her brother, Andrew James Fitz, until he died in 1904 and left the property to her. From these notes it would seem that Ellen and the smaller children went downriver by steamer to the coast, then travelled by sea to Newcastle, and then up the Hunter River to Morpeth, at the time an important Hunter River port. Thomas Cadell had married Sophia Richabella Doyle in January 1859. He took the family and their belongings overland about 20 kilometres further inland to the smaller settlement of Lochinvar to the property they called Kaludah.

John Frederick and Ellen continued to live at and develop Kaludah until 1874, of which more will be written anon. They then moved about 75kms further inland up the Hunter River, to another property they had bought called Dartmouth. Apparently John Frederick  had been advised to seek a drier climate for the sake of his health and with his son Andrew (but called James) living at and running Kaludah, it was possible to retire. John and Ellen’s oldest son, also called John Frederick, was on another property nearby adjacent to Dartmouth, called Rosebrook.

John Frederick had purchased or acquired a significant number of large grazing properties throughout the Hunter and  northern NSW. This ensured that each of his sons was well set up. Many of his cousins, and their sons, were also on similar properties in the region, and there was constant movement between them. The daughters were all set up to marry well, and their husbands were also put to work on or managed family properties.

The younger John Frederick died in May 1880, aged only 50. He was buried in the Muswellbrook Cemetery alongside his wife Francis Jane who had died in September 1876, and their one month old daughter Frances Eva who had died in 1867. Francis was his cousin, daughter of James George Doyle. Her father-in-law, John Frederick was therefore also her uncle.

John Frederick (the father) died two years after his son, and he too was buried at Muswellbrook Cemetery, alongside his son. Ellen lived until she was 78, dying in 1891 and was buried alongside her husband and son at Muswellbrook Cemetery. According to the notes in the family bible, she had returned to Kaludah to live after her husband's death. In the same family plot Lucy Williams had been laid to rest only a few weeks before John Frederick (the younger). She had been living with her grandparents and other extended family members since leaving her father’s house when he remarried 10 years previously. A grandson Sydney Fitz (son of Cyrus Edmond and his wife Caroline) was also buried there in 1899.

John Frederick’s Will claimed his estate was valued at £18,040. It is not specified whether the properties on which his sons had been settled formed part or all of the estate. However, it is clear from his son John Frederick's Will, proven two years earlier, that the Hawkesbury property “Dargle” had been passed on to John Frederick the son, and thence to his oldest son, George James, so Doyle family interests in the Hawkesbury continued for some considerable time. 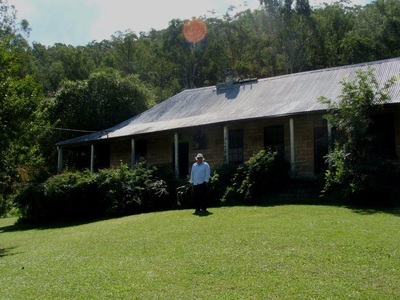 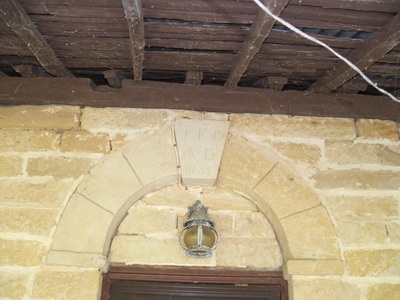 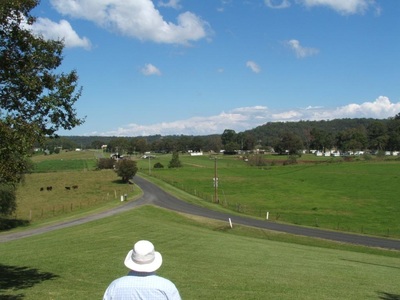 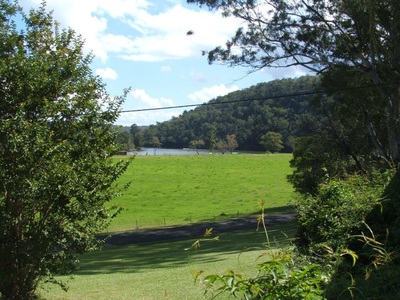 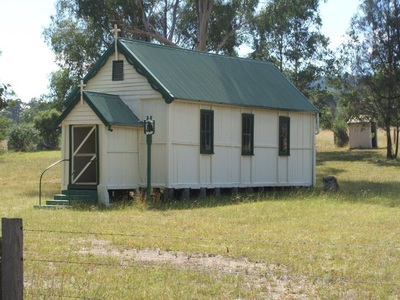 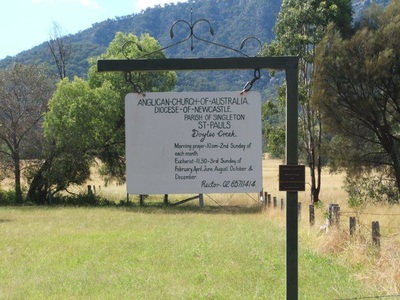 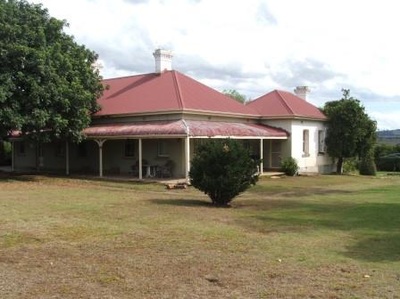 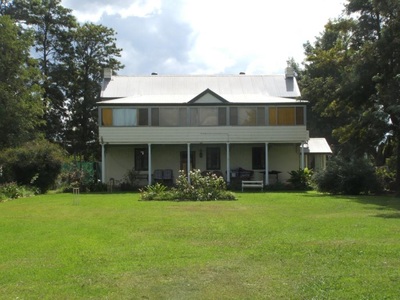 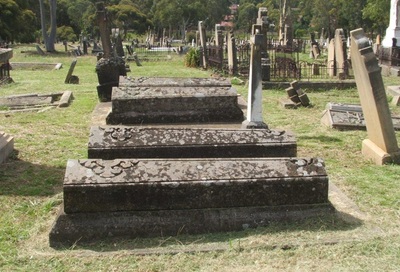